Rex J Andrews P/L has transported over 5000 tonnes of structural steelwork to Kooragang Island terminals in the last 20 years. We have moved some single sections weighing more than 200 tonnes and hundreds of semi and extendable loads from all over Australia to the terminals. 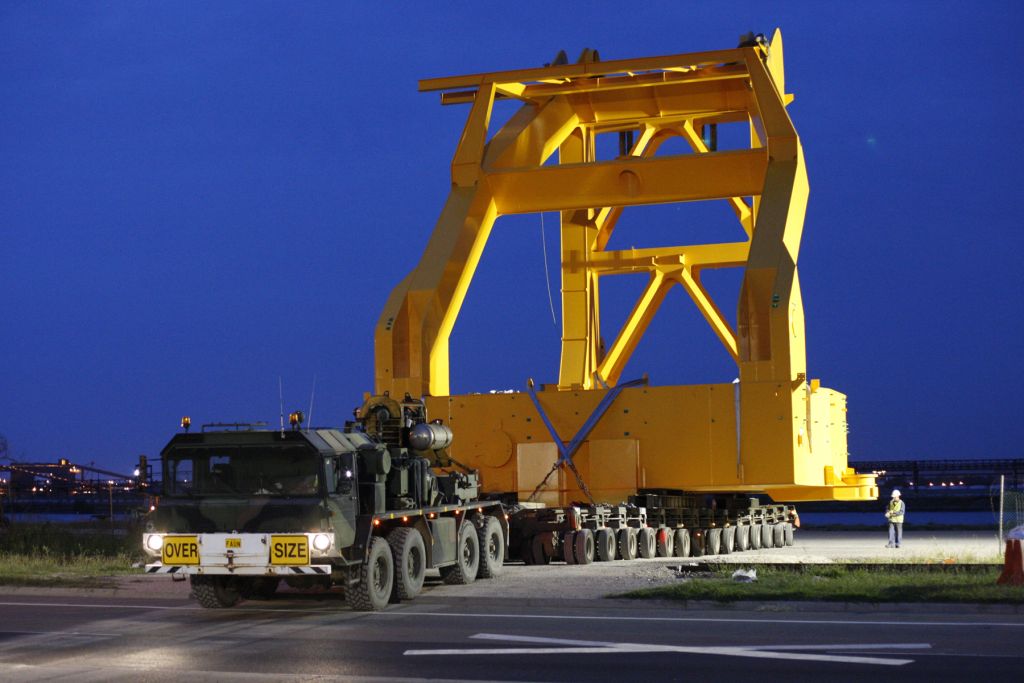 This image is of a Shuttle Section Half at Brooklyn NSW on the F1 freeway, the sections were transported from Transfield Seven Hills along Pennant Hills Rd to Kooragang Island. The shuttle was built to the widest size that could be moved along the route. 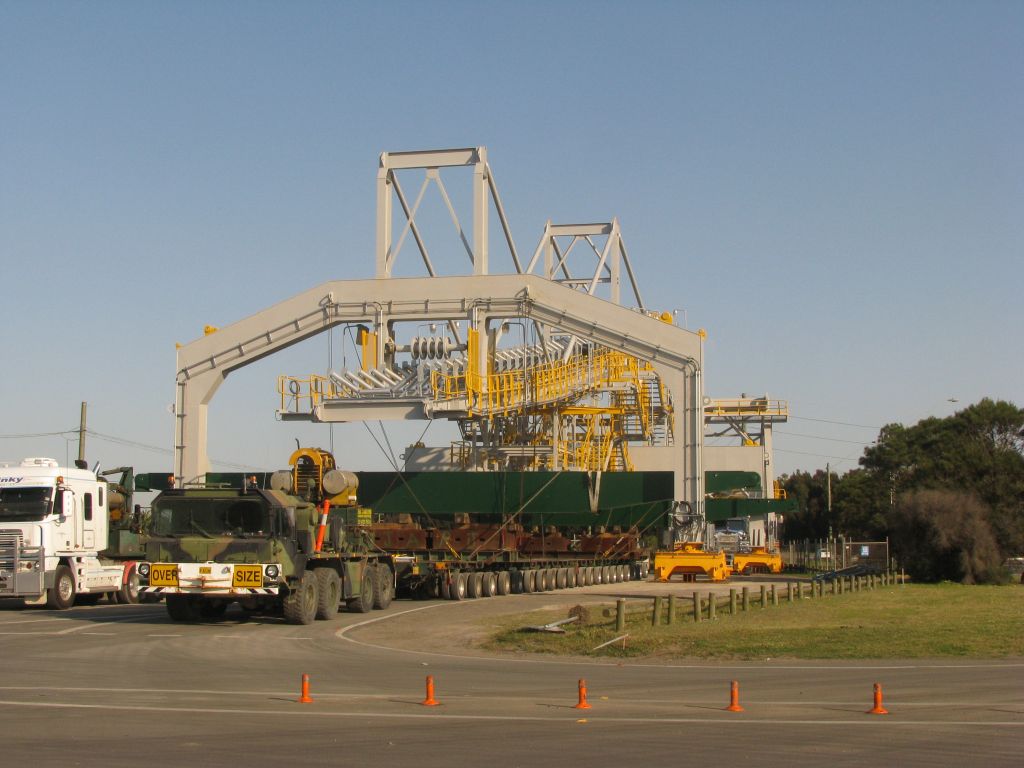