Rex J Andrews completed the discharge, storage and delivery of all major components to the windfarm. The windfarm was discharged and stored at Eden NSW. All components were transported to Boco Rock some 1000m up from Eden 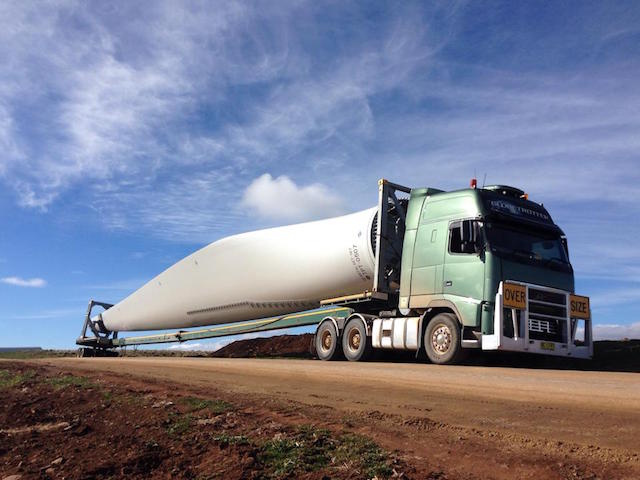 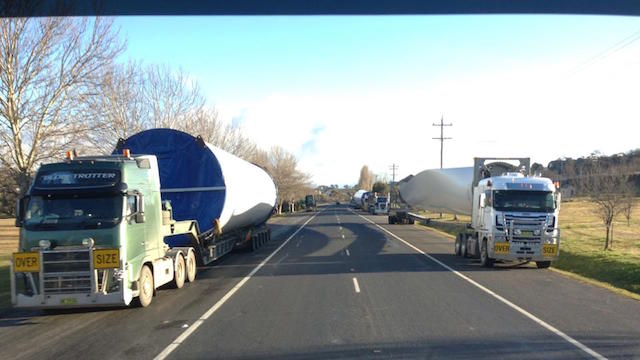 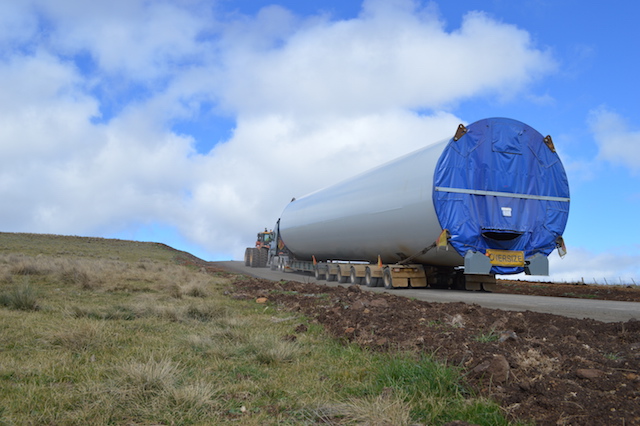 The Discharge was done using the extending platform trailers, two trailers were used as they had to be reversed all the way onto the wharf (300m) as they could not turn on the wharf 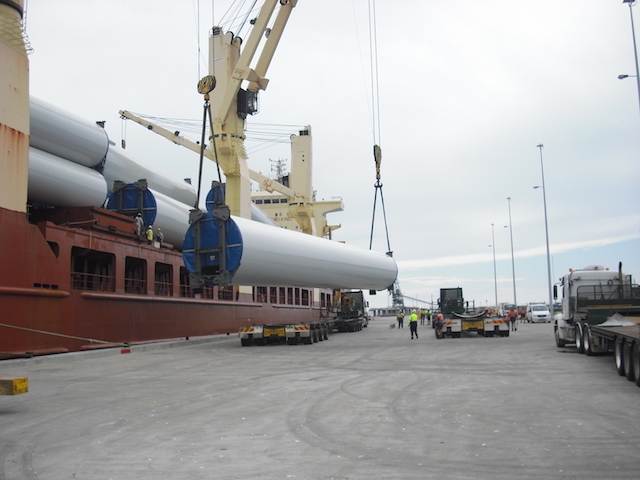 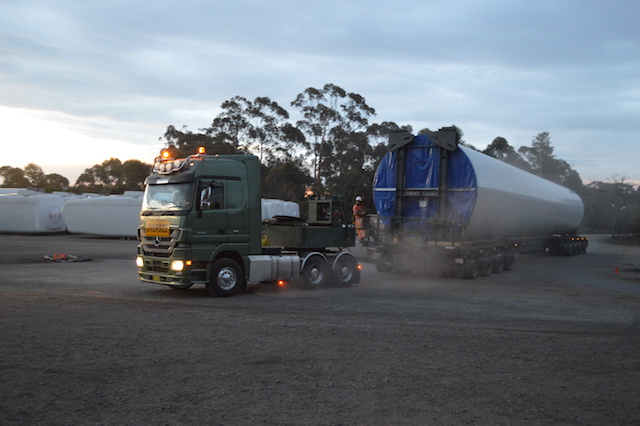 Cranage at Eden Hardstand storage was completed with the Hyster RS45 "Twins", again proving their worth. The Reachstackers operated well on the hardstand surface. 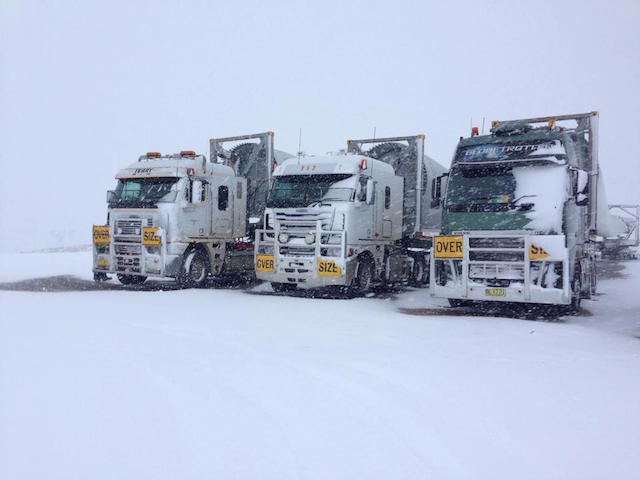 Rex J Andrews engineering division completed the design and manufacture of tower lifting adapters and spreader bars for many lifts. 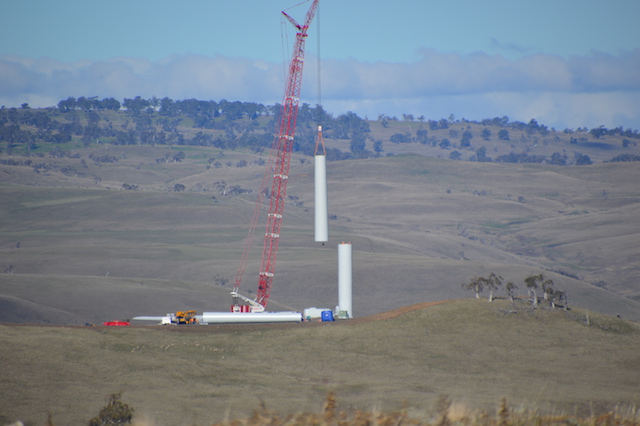 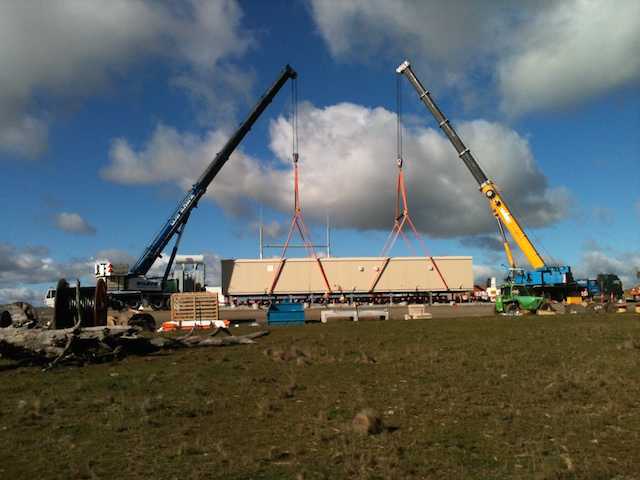 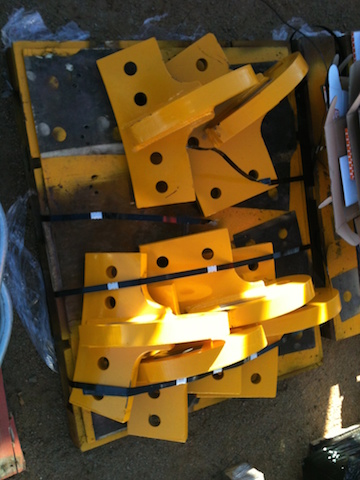 The following adapter was designed, tested and delivered within 4 days. the bar was made up of components of less than 200kg each 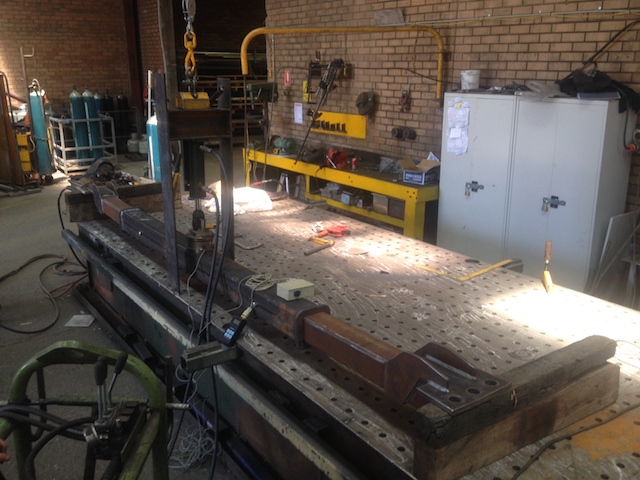 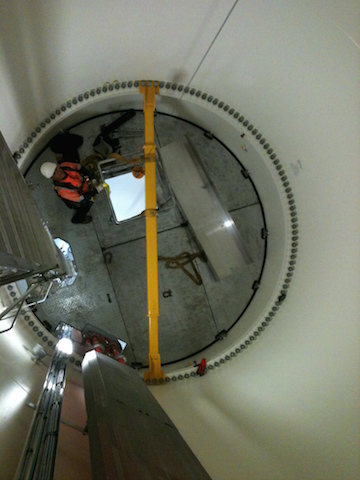