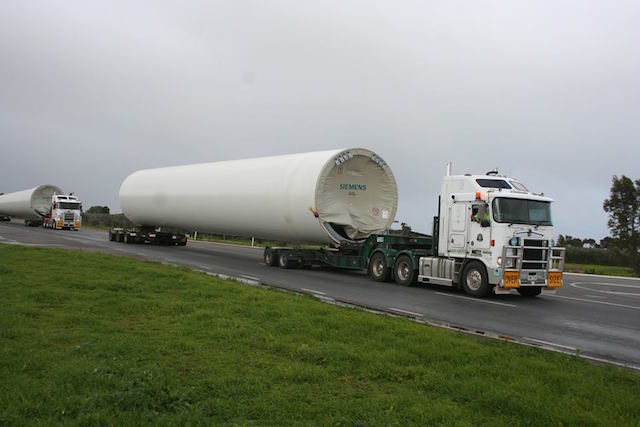 Rex J Andrews completed the discharge, storage, loading transport of all components from Port Adelaide to the windfarm at Snowtown.

Two unique and new ideas were used on this project:

- Platform trailers with exteding beds were used fo discharges. Towers and Nacelles could be landed and transported up to 1m from the centreline of the trailer safely. This allowed far faster discharges using the ships cranes. 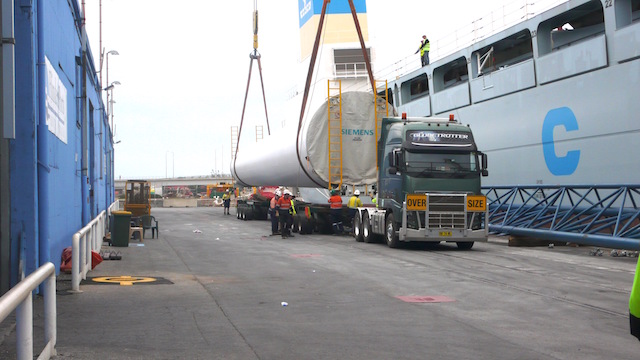 - Reachstackers were used exclusively for unloading/reloading. The speed of the discharge could be increased. For the first time Nacelle discharges could keep up with the ships crane. Reachstackers allowed an amazing 50% stability factor on chart significantly better than any slewing cranes charts 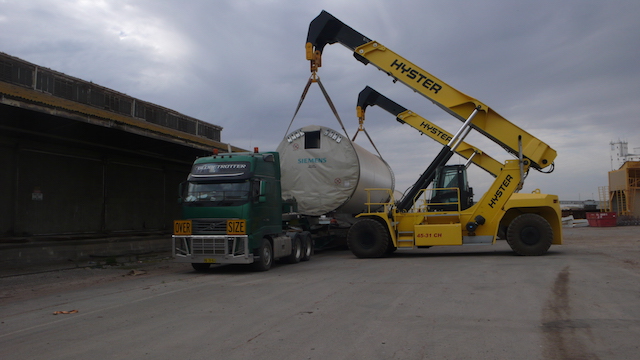 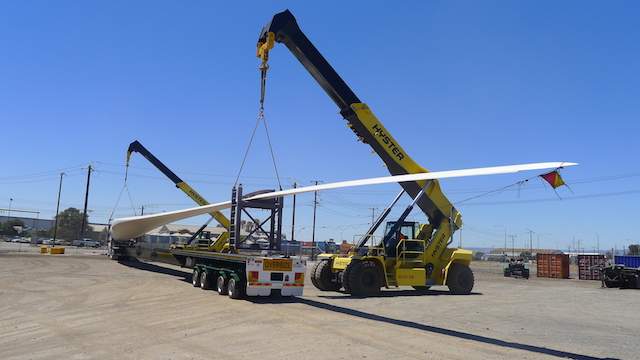 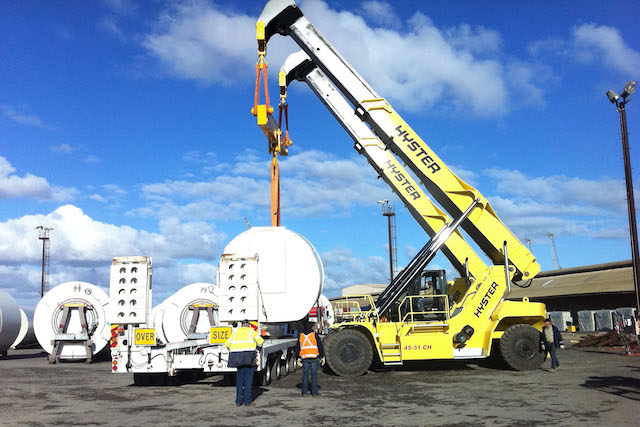 VIDEO: moving a blade up the wharf for convoy out to the windfarm, some days 3 blades were moved at once in convoy